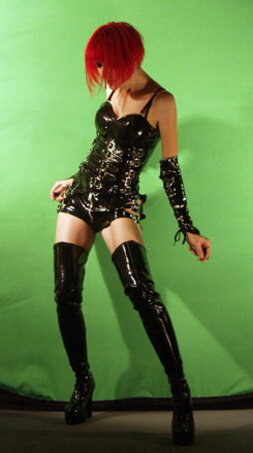 The production of a new video for the Psychonaut project has begun...

The new video being produced is Freefall, part of Psychonaut, a Croatian-Dutch music project. The video is a combination of stop-motion, computer generated 3D and classic 2D animation and video material.

The production, direction and design are being carried out by Simon Bogojević Narath and Bonobostudio; the director of photography and cameraman is Hrvoje Grgić, and the chief animator and set design co-author is young author Nikola Radović from Zagreb, Croatia.  Nikola Radović, together with students Majda Džanić, Ivona Pierobon, Glorija Sellan and Ivica Musan from the Academy of Fine Arts of Rijeka and the Arts Academy of Split, spent several dedicated days on the set successfully animating the excesses of a lonely three-armed robot, imprisoned on a distant asteroid. The dance scenes were filmed during November, involving attractive dancer RedLilly and stylist Bladefetish, the photographer who produced the press materials.

The launch of the video is planned for the beginning of 2009.

We believe that the visuals and sound of the work done will be warmly greeted by fans of low-tech-retro-cyberpunk-gothic-fetish and similar styles.