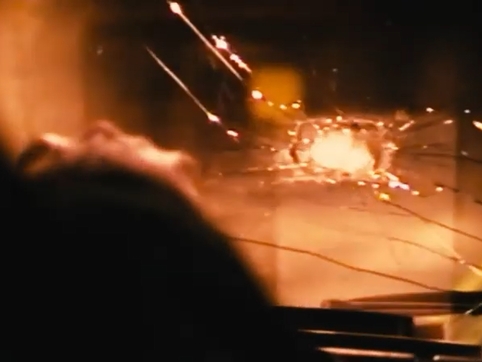 In the spring of 1992, multimedia artist Ivan Faktor, medic and Croatian volunteer Vlatko, and four more passengers leave war-struck Osijek to travel to Copenhagen in a renovated van. Faktor films the entire trip, the passengers on board, their appearance on TV, conversations about art and war, visits to friends, a meeting with his wife and son and the trip back. Faktor’s video diary is a portrait of an era and captures his relationship to war, friends, art, family and life.

Ivan Faktor (1953) is a multimedia artist focused on experimental film, photography, video, and multimedia installations. He started making films in 1975 and later expanded his activities to other video works. Since 1979, he has taken part in conceptual actions and exhibitions, put on video, film and multimedia performances and set up art installations. He participated in the 46th Venice Biennale in 1995 (A Casa/At Home 2) and represented Croatia at the 25th São Paulo Biennial in 2002. In 2012, he showcased his work in a solo exhibition entitled Erstes Programm at the Centre for Art and Media (ZKM/Zentrum für Kunst und Medien) in Karlsruhe, Germany. He has won numerous awards and recognitions. Faktor was the founder and from 2001 to 2004 director of the Kazamat Gallery in Osijek. He is the founder of the Performance Art Festival and has been the festival’s director since 2001. He managed the City Galleries Osijek from 2006 to 2010. He lives and works in Osijek.