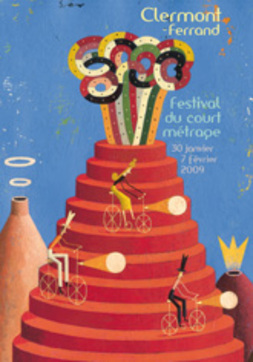 The films "Morana" and "She Who Measures" have been selected at the forthcoming short film festival in Clermont-Ferrand, France.

In January 2009 Narath's "Morana" will compete in the International Competition category, and Popović's "She Who Measures" in the Lab Competition section.

In 2006 Clermont-Ferrand Short Film Festival, one of the biggest and oldest film festivals dedicated to short films, gave an award to Simon Bogojević Narath's film "The Leviathan" in the category of animated films.

She Who Measures awarded at ZEMOS98

She Who Measures by Veljko Popović is one of the films awarded at the audiovi... more

The Market - selected for Berlinale

Experimental film The Market by Ana Husman is going to be screened at the upc... more

Ana Hušman's experimental film "Lunch" will be shown at the International Fil... more

The films "Morana" and "She Who Measures" have been selected at the forthcomi... more