ANIMATIONS AND DESIGN FOR FILM ABOUT MEŠTROVIĆ 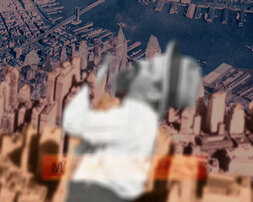 The animated parts for film “Meštrović”, directed by acclaimed documentary film-maker Danko Volarić, have been successfully created during the last few weeks.

During the creation of the animations, a great amount of archived material, photographs and documents were visually interpreted. The general public will be able to judge the end results around the middle of January 2009, when the TV broadcast is expected.

The film editing was entrusted to Damir Čučić, an acclaimed author of experimental and documentary films. The film was co-produced by HTV (Croatian National Television) and Kinorama from Zagreb, one of Croatia's most prominent producers.

The production of a new video for the Psychonaut project has begun... more

ANIMATIONS AND DESIGN FOR FILM ABOUT MEŠTROVIĆ